November is National Diabetes Awareness Month, but for people living with the disease, there is no month, week, day, or even hour when they are not fully aware of diabetes. For most, it will last the rest of their lives and has no cure. The disease affects how a body turns food into energy and requires multiple daily decisions regarding diet, exercise, medication, and blood glucose monitoring.

The Driving Out Diabetes Initiative (DODI) at the University of Utah is designed to help people better manage diabetes or lower the risk of developing diabetes. Almost one in 10 adults in Utah have been diagnosed with diabetes, and likely twice that have prediabetes. The Larry H. & Gail Miller Family Foundation generously donated funding to launch DODI on November 13, 2017. Since then, we have successfully developed and launched innovative programs that have reached more than 128,000 lives. In each of the four years, DODI has made a greater impact upon the health of Utahns than in the year before. 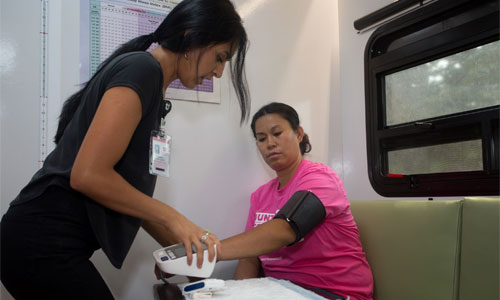 The initiative was a powerful ally for the state this past year—thanks in part to the Miller Foundation’s willingness to deploy the Wellness Bus alongside Utah public health officials to provide COVID-19 testing. More than 15,000 tests were administered throughout the most underserved areas of the Salt Lake Valley; 32 percent of those tested did not speak English as their first language, and the majority were uninsured. While helping the state face the unprecedented public health crisis, we never lost sight of our true mission: providing diabetes education and screening.

In our fourth year, online school programs we developed taught more than 90,000 students how to develop healthy habits. Health coaching programs guided more than 2,000 people to implement and customize lifestyle changes that have been shown to last.

Our clinical programs increased the number of patients they saw by offering care through telehealth platforms, and our programs serving people experiencing homelessness improved the infrastructure of resource centers. Research funding for diabetes at U of U Health reached a record high of $43 million, a growth of more than 26 percent over the course of just two years. 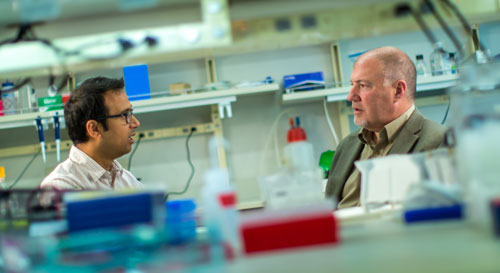 We are enthusiastic about the future of the life-changing Driving Out Diabetes Initiative and delighted that the Larry H. & Gail Miller Family Foundation has announced a challenge grant for the University of Utah and local community. For $3 million raised, the foundation will generously match it. The grant will support the expansion of DODI and significantly strengthen the initiative through new programs and service areas. This next phase will extend the program’s reach and deepen its impact. Since the beginning, DODI has been committed to continual, sustainable improvement—building on what is working and adapting other areas to better serve the needs of our community.

The program’s impact has been recognized by our broader community, including the state of Utah, which will support the clinical diabetes management program and additional community outreach programs such as the Wellness Bus, school-based programs, and the Intensive Diabetes Education and Support program.

The U’s Driving Out Diabetes Initiative is pleased to report so much progress this week, during the month that spotlights diabetes and its burdensome impact on millions of families. November 14, 1891, is the birthdate of Frederick Banting, the Canadian medical scientist who discovered insulin as a treatment for people with diabetes whose pancreas has shut down and no longer produces insulin. It is one of the most significant medical achievements of all time. That discovery was a century ago, in 1921. Insulin injections have kept millions of people alive but have not cured the debilitating disease or prevented complications. University of Utah Health is proud to be an academic health care community that is determined to keep people with diabetes as safe and healthy as possible while supporting research that will drive out diabetes, once and for all. 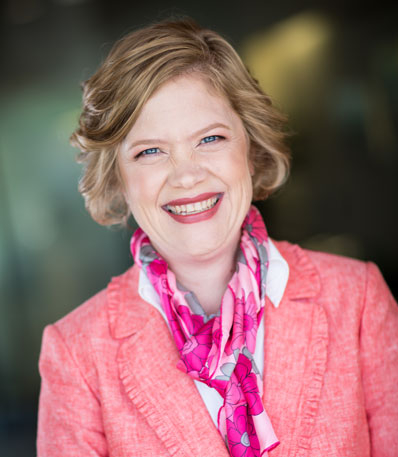 Angie Fagerlin, PhD, is Director, Driving Out Diabetes, a Larry H. Miller Family Wellness Initiative. She is professor and chair of the Department of Population Health Sciences at University of Utah Health. She is also a research scientist at the Veterans Affairs Salt Lake City Health Care System. Prior to Utah, Fagerlin was at University of Michigan, where she was a professor of internal medicine and co-director of the Center for Bioethics and Social Studies.