In conjunction with a university-wide effort, University of Utah Health has launched a six-month Strategy Refresh Initiative to establish our path forward during the next five years, 2020 – 2025. This is one of a series of GOOD NOTES blogs about our mission to elevate the health system and university as models for the nation.

Utah’s population and economic growth are among the most rapid in the nation. Since 1950, our population has grown more rapidly than the national rate. But until the early 1970s, Utah remained a relatively small and geographically isolated place, with an economy specializing in classic Western industries such as mining and agriculture.

We hit the million-resident milestone in 1966, two million in 1995, and three million in 2015. The economy has become more diversified and globally intertwined. We are projecting growth will continue and reach five million residents by 2050. The state is becoming ever-more urbanized. The greater Wasatch Front metropolitan region is now home to 75% of state population. By 2065, it’s projected to be as populous as the current Seattle-Tacoma metro area.

While Utah still has one of the highest fertility rates in the country, it is starting to fall to the replacement rate as women have fewer children. And although Utah has the youngest median age among all states, our aging population is on the rise. This is a combined effect of the lower birth rate, increasing life expectancy, and aging of the big Baby Boom generation. About one in ten Utahns is now at least 65 years old. That’s projected to increase to one in five by 2065.

Since 1990, migration has consistently and substantially contributed to Utah’s population growth. From 1990 to 2010, the state’s population increased by about one million. Fully half of that million are residents who have moved into the state and the children they have had since becoming residents of Utah.  Also, 45 percent of those moving here in that 20-year period were born outside of the United States.

These immigrants have contributed cultural, linguistic, and intellectual diversity to Utah. The dominant source region for Utah’s immigrants prior to the Great Recession was Latin America. Since then, Asia is the dominant region of origin for new Americans coming to Utah. People come for economic and educational opportunities, with refugee status, or as a result of the global outreach of The Church of Jesus Christ of Latter-day Saints. The 2002 Winter Olympic Games enhanced Utah’s global visibility and reach.

We are becoming ever-more connected to the global economy through financial, labor, and product markets, along with the biotech and health care industries. This growth dynamic is transforming the regional economy and bringing demographic diversity to the state. A recent survey reported 143 languages spoken in the homes of Utah’s schoolchildren. Like the rest of the nation, Utah is becoming more multilingual, multiethnic, and multicultural.

As is the case nationally, economic progress is not shared uniformly across all communities or demographics in Utah. Households are segregated by socioeconomic status. This is often highly correlated with access to health care and health outcomes.

Within Salt Lake City, there is a geographic correlation between poverty and poor health. In the city’s eastern Foothill region, 7% of residents report fair or poor health. In Glendale, the section west of the downtown business district, 31% report fair or poor health. While these regions are only a few miles apart, household income and poverty are very different. Life expectancy at birth is 85 years for Foothill and 76 years for Glendale. These outcomes are the cumulative result of differences in economic and nutritional opportunity, housing, health care, and health outcomes.

As we strategize for the future, we will be challenged to understand a rapidly evolving Utah in an economic, technological, cultural, and demographic context. New generations living here face markedly different conditions, and a set of educational challenges unlike those faced by people raised in Utah from the 1950s through the 1980s. 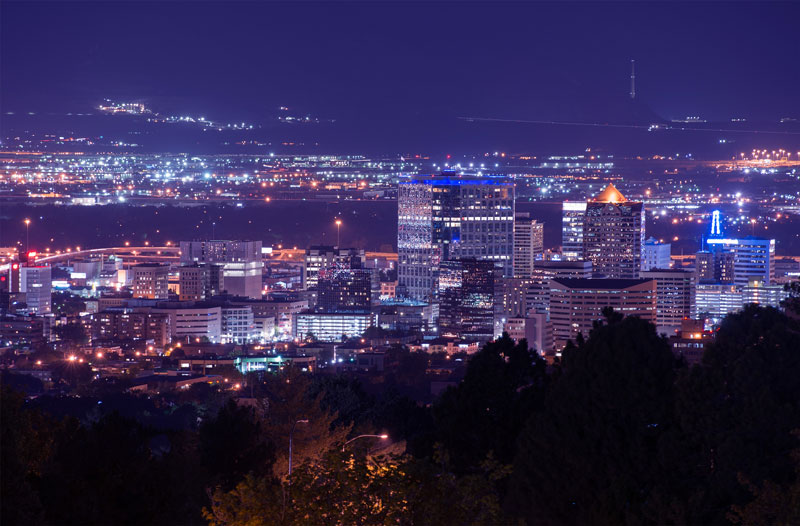 Younger generations are likely to move 10 or 12 times and change jobs frequently. By the time they complete their schooling, the jobs they’ve trained for may no longer exist. So the education and training they need includes problem-solving, critical thinking, and adaption to new conditions. They must be flexible in so many ways.

Those of us who work in institutions of higher education and health care are trying to understand how our work must change to adapt to new realities. Our colleagues, students, patients, neighbors, and communities are changing. These changes are permanent, ongoing, cumulative, and irreversible. We’re never going back to the demographics of 1950. And we’re not going back to the economy of 1970. Our privileged role in higher education is to be part of the process for understanding our changing world. We all need to ask: What is my part? What is my role in re-engineering the giant system of complex institutions so we better enable the next generation to be successful?

The good news is that we as a community have never been more affluent, capable, and technologically sophisticated. The challenge of our generation is to shift resources and efforts to ensure that Utah remains a place of prosperity and promise for all who follow in our footsteps. 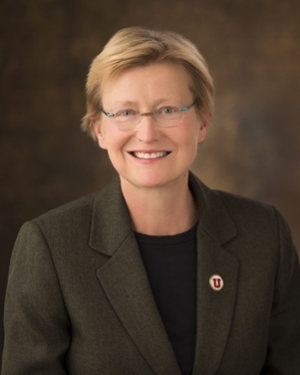 Guest blogger Pam Perlich, PhD, is director of demographic research at the Kem C. Gardner Policy Institute at the University of Utah where she leads the Demography team. In this role, she and her team are responsible for developing and producing population estimates and projections, neighborhood indicators, and demographic analyses focusing on Utah.