My longtime colleague John Zone, MD, has been referred to appropriately as a bulldog willing to listen. He goes after problems, issues, or anything needing his attention with tenacity. He lets nothing get beyond his grasp until it is resolved. But along the way, John is always open to hearing different points of view from any and all stakeholders. A bulldog willing to listen—that is high praise.

After serving for 33 years, John has announced he will step down as head of dermatology at the School of Medicine (SOM). His announcement is tempered by the fact that he’s remaining on our campus while continuing to work in the department, seeing patients with immunobullous disease, and working in the Immunodermatology Laboratory.

That lab is one of many University of Utah Health entities built by John Zone’s determination and diligence. He is a builder. He built the Department of Dermatology. It started as a division with just four or five people. As former SOM dean David Bjorkman, MD, MSPH, SM describes it, “John managed to separate dermatology, a division of Internal Medicine, into its own full department. And then he built it into one of the outstanding dermatology programs in the country. He built it from almost nothing. John has a knack for finding the right people. The best people.”

Dermatology now has 56 faculty members, one of the largest and most well-rounded departments in the country. He also started and developed a dermatology residency program, now recognized as one of the top 20 residencies in the country. John had a vision for clinical excellence but also for a research-intensive department. The combination would bring it a national academic presence. “I was able to hire Dr. Kristin Leiferman from the Mayo Clinic,” John explains. “We started and were co-directors of the Immunology Laboratory that provides clinical immunology services for people around the country. I’m immensely proud of that because immunology was always a pet of mine, a strong academic interest.”  Within immunology, John is a noted researcher and clinician. “John is a world authority on celiac disease dermatology,” Bjorkman says.

Building a nationally renowned faculty and staff was not John’s only goal. He wanted wide patient access to his team and top-notch facilities. “As far as our clinical enterprise, I wanted dermatology to be wherever our health care system was,” John says. “Initially, when I took over 33 years ago, we were at one location—University Hospital. And now we're at 14 locations. When they built South Jordan, we went to South Jordan. When they built Farmington, we went to Farmington. When they built Redstone, we went to Redstone. When they built Huntsman, I worked to create the melanoma program there. I hired people to create a skin cancer program there.” John explains that his team was treating patients at every U of U Health location, but it never had a base. That was one of his challenges in the '90s: developing a plan and seeing it carried out. In addition to all his other responsibilities, he was the leading force behind creation of the Midvalley Health Center in Murray.

“The purpose of building the Midvalley operation was to really provide a facility for subspecialty care,” John explains. “The thing that separates the U from the rest of the community is that in virtually every field, we have super specialists. We have people who are really experts in so many areas. I wanted to create a place that allowed us the adequate space and facilities for our expertise. So we have a Mohs (skin cancer) surgery program at Midvalley, where I think we have the best people—certainly the best in the region. And we have nationally famous faculty.”

Management Model for School of Medicine

While he taught and mentored students, ran his department, and did research, John took on other big roles. That is how I was lucky enough to work closely with him for 15 years. Beginning in 1999, A. Lorris Betz, MD, PhD, asked him to build a management model for the School of Medicine. At the time, Dr. Betz was senior vice president of University of Utah Health. The model was the Mission-Based Management (MBM) program endorsed by the Association of American Medical Colleges. 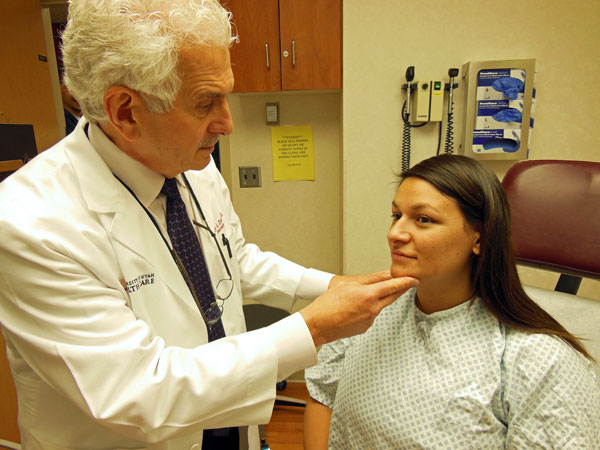 So John and I, along with David Bjorkman, set out to build an efficient and long-lasting financial system. It involved everything from the gathering and sorting of the school’s financial reports to getting an exact count—for the first time ever—of how many faculty members were associated with the SOM. We created a system for tracking promotion, tenure, retention, and rankings. We pulled together curriculum vitae for faculty members and­ established a common style for CVs.  It was John’s instincts and commitment to excellence that provided a single faculty information system. It has a high level of accountability and is still the system we use today.  The MBM initiative also included a new governance structure that resulted in a high degree of transparency with a peer-review process for departmental budgets. The financial system and governance components really brought about a culture change for the School of Medicine.

Dr. Bjorkman considers John “the country’s most knowledgeable person” on medical school finance. “He has a masterful grasp of the intricacies of medicine and health systems,” Bjorkman says, adding that Dr. Betz describes John as a “walking MBA” because he knows finance, marketing, and strategy.

John Zone arrived on our campus in 1978 from upstate New York, where he attended medical school and completed residencies in internal medicine and dermatology. “One of many things that attracted me here was the skiing,” he’s proud to tell people. “I was a hardcore skier. A very hardcore skier.” A bulldog on skis? When Dr. Gerald Krueger, then dermatology chief, recruited him, he took John up Little Cottonwood Canyon. When they got to the top of Snowbird, John remembers, “I turned to the chief and said, ‘Sure. I'll move here. Now, what's this job?’ 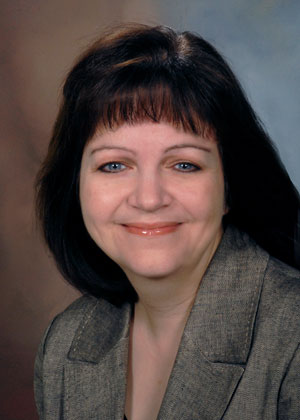 Guest blogger Cynthia Best is associate dean for finance and administration at the School of Medicine (SOM). She is responsible for all SOM financial operations, the malpractice insurance trust fund, policy setting, development and management of an integrated faculty information system, salary equity, and SOM department oversight. Best also serves as a liaison to and a resource for department administrators, the broader university campus, and the Association of American Medical Colleges. She received an MBA with an emphasis in health care from the University of Utah.