Opportunities for Women in Orthopedics

Two University of Utah Health orthopedic surgeons discuss the need for women to join one of the fastest growing surgial specialties.

When I was five years old, I had a kindhearted, wonderful pediatrician named Jose Pangan. Coming home from my five-year well child visit, I told my mom “Too bad girls can’t be doctors; I think I’d like to do that…” My mom, shocked by my backwards views in the progressive year of 1969, immediately changed pediatricians to Dr. Josephina Pangan, the wife of Dr. Jose Pangan.

After that, I never looked back. In medical school when I had to decide on which discipline of medicine to pursue, I had less clarity. By my third year rotations, I had yet to have my “Aha!” moment. I certainly wouldn’t be a surgeon—they were arrogant, rude, overbearing—none of the qualities I felt I had. I completed my surgery rotations last, with orthopedics being my first subspecialty.

Six hours into an eight-hour spine case, my first ever scrubbed surgery case, I looked up at the clock, amazed that so much time had passed.

I called my mom and told her I wanted to be an orthopedic surgeon.

Fast forward 40 years: My daughter was three and having some problems with her ears. I told her we would have to go see an ear, nose, and throat (ENT) surgeon. Her question? “What if I don’t like her?” When I told her the ENT was a male doctor, she looked at me in amazement: “A boy, doing surgery?”

So, I called my mom again with fierce pride in the changes that can happen over time. Slowly, steadily, there are more of us. I hope to continue to inspire even more women to pursue careers in orthopedics and other surgical specialties, because we’re needed. At all levels of training and practice, women orthopedists improve quality and strengthen patient care. Our surgeons should be as diverse as the patients we serve. More than 80 percent of household medical choices, such as physician choice, are made by women¾the wives, daughters, and moms. We need to represent them.

What can we do to help women like Kristen’s younger self? While we aren’t reaching five-year olds (yet), we are reaching out to high school students by way of the Perry Initiative. Founded in 2009, the Initiative honors Jacquelin Perry, MD, one of the first women orthopedic surgeons in the country and a mentor to countless women and men in the field. The Initiative aims to introduce young women to Science, Technology, Engineering, and Math (STEM) fields, particularly orthopedic surgery and engineering. A separate program also encourages female medical students to pursue their interest in orthopedic surgery. Today, the Perry Initiative runs more than 40 one-day outreach programs nationwide, reaching more than 7,500 high school, college, and medical students during more than 260 outreach events.

University of Utah’s Department of Orthopaedics hosted its first Perry outreach program in 2015, attracting about 40 female students from as far away as Jackson Hole, Wyoming. The department continues to host the program annually and hosts informal dinners several times a year to interact more personally with medical students. Orthopedic surgery consistently has amongst the lowest percentage of female residents—less than 14 percent, which has held steady for decades. In fact, women make up only 6.1 percent of fully accredited practicing orthopedic surgeons.

Women now make up 50 percent of medical school classes nationwide, and we want to continue to attract the best and brightest to the study of orthopedics. Between the outreach programs and our informal get-togethers, we strive to foster a climate of education and inclusiveness to attract women to our field. Historically, orthopedic surgery has been thought of as a strong man’s field and, to this day, that stereotype casts doubt on a woman’s physical ability to do the work required. We hope to address and assuage concerns women may have about pursuing a career in orthopedic surgery, and questions such as “Am I strong enough?” The answer is undeniably: Yes, you are. 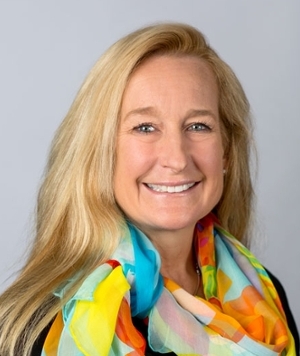 Guest blogger Kristen Carroll, MD, is a professor in the Department of Orthopaedic Surgery and Chief of Staff at Shriners Hospital for Children—Salt Lake City. 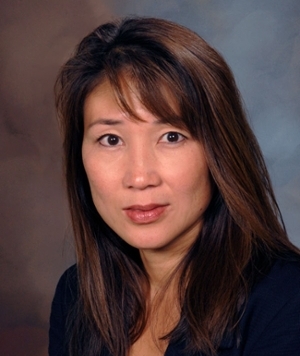 Guest blogger Angela Wang, MD, is an associate professor in the Department of Orthopaedic Surgery who practices at the Orthopaedic Center, Primary Children’s Center, and Shriners Hospital.