Rewriting the Code of Life 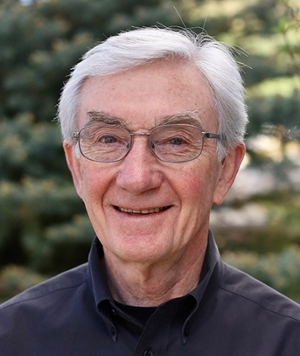 CRISPR has entered the scientific and popular vocabulary as a powerful new tool that can alter the DNA code of living organisms, from humans to livestock to agricultural crops. Last month, we were honored to host biochemist Jennifer Doudna, PhD, from the University of California, Berkeley, as the 2018 Benning Society Lecturer (access the complete lecture below). Doudna co-discovered the elements of the CRISPR system that make it so effective.

Like many other biomedical breakthroughs, CRISPR emerged from investigations into how the world works, not with an intent to create a tool for genome editing.

CRISPR is grounded in nature, building on a method many bacteria use in defense against invading viruses. It works by capturing short viral DNA sequences and turning these segments into RNA that can be used to recognize and stymie a new viral attack. The RNA-guided DNA cleavage activity of the CRISPR systems is what has been used in laboratories around the world for genome editing, but it is not the first technology to allow for the directed modification of specific genes. Zinc-finger nucleases, co-developed by my laboratory and others, and TALENs, preceded CRISPR, paving the way for this new, simpler to use gene editing tool.

The various genome editing technologies have by now been used successfully to modify genes in more than 100 different organisms. In so doing they have opened the door for uses in medicine, industry, and agriculture.

Doudna shared examples of animal models of human disease, which can be used for physiological studies, but also to test treatments, including genetic treatments. People are also using genome editing to generate pig organs that are safe for transplant into humans.

In the realm of agriculture, researchers are generating crops that are more productive, more resistant to drought and disease, and more nutritious. Livestock are being modified for better qualities as well. These food organisms are literally “genetically modified,” but because they can be engineered without adding foreign DNA, they may be more acceptable to consumers.

Medical applications of genome editing with zinc-finger nucleases have been under way for some time, and CRISPR has entered this field in a big way. Ex vivo treatments—taking cells from the body, modifying them in the lab, and returning them to the body—are being developed for hematologic disorders, as are in vivo (in body) treatments for eye disease, metabolic disorders, and muscle degeneration.

Heritable germline modifications have been made in many model organisms by injecting CRISPR reagents directly into embryos. There is no technical reason why this could not be attempted in human embryos, but at this time the technology is not sufficiently accurate and efficient that we could be confident of the desired outcome. Like many of us, Doudna is very interested in the ethical issues raised by this prospect. She noted the difference between beneficial applications to cure genetic diseases compared to cosmetic alterations, like height or athletic ability. But should the latter be allowed? How would uses of the technology be regulated? Who would have access to these complex, expensive treatments?

In her recent book, “A Crack in Creation,” written with her former student Samuel Sternberg, PhD, Doudna discusses these issues at greater length, giving her personal opinions on how the powerful CRISPR methods could and should be used. Initially she was very hesitant to encourage some medical uses, including germline, or reproductive, genome editing, but she now favors such approaches in limited circumstances where the benefits to families and individuals warrant. I believe that germline correction of disease genes will happen, and it is our role as researchers to make sure that CRISPR can be used safely and effectively in this context.

Doudna concluded her talk with an exhortation to continue broad-based, curiosity-driven science. Other new capabilities will only arise from similar efforts and our conversations on these engaging and provocative topics are sure to continue.

Guest blogger Dana Carroll is a distinguished professor of biochemistry. Carroll was the first scientist to develop zinc-fingered nucleases—chemical scissors that cut DNA at specific sites—as a tool for genome engineering. His groundbreaking research laid the framework for the rapid development and adoption of successor technologies, including CRISPR. Carroll is a member of the National Academy of Sciences and the American Academy of Arts and Sciences.