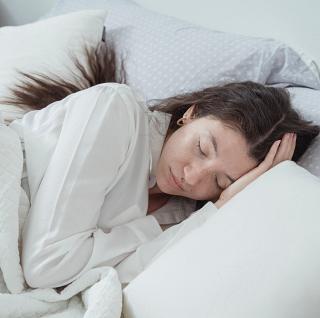 Want to get better at that piano piece or memorize that one test answer for the next day? Just sleep on it. University of Utah Health scientists working in collaboration with an international team of researchers have found that memory consolidation can be boosted with sensory stimulation during sleep—and it has big implications for all kinds of future studies.

“It’s a little bit like if you’re learning a new motor skill, like playing the piano,” said Genevieve Albouy , PhD, an associate professor in the Department of Health & Kinesiology at U of U Health. “If you go to sleep shortly after, your brain will replay the piano piece. This is called an offline reactivation process—your brain is reprocessing the information you’ve learned and then you’re better at performing the piece after sleeping. We wanted to use this study to understand the brain processes that support memory reactivation.”

Albouy decided to study this phenomenon with postdoctoral scientist Judith Nicolas, PhD, and their colleagues at KU Leuven, a research university in Belgium. Albouy is now continuing the research at the University of Utah. The study appears in eLife, a peer-reviewed, open access scientific journal. 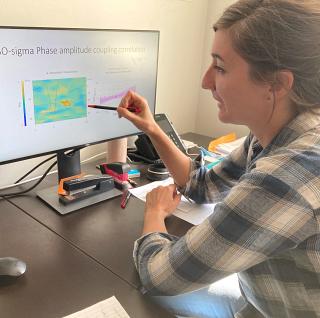 The new research builds on previous work that suggested that both animal and human brains reactivate newly learned material during sleep, in the same part of the brain that was activated during initial learning. These processes are spontaneous, but when they happen, they strengthen the memories and make you better at remembering what you’ve just practiced.

Albouy’s team recruited 24 healthy individuals, ages 18 to 27, to test whether they could induce reactivation during sleep and improve their performance of certain tasks. They had the participants learn two different piano tasks and played auditory cues at the same time.

After learning the tasks, participants were offered the opportunity to take a 90-minute nap in the sleep lab. While they slept, the team played sounds that were either the cues heard during practice or unrelated.

The team used EEG to record the brain activity of participants during sleep. They analyzed the brain data corresponding to the reactivation episodes and found that specific brain waves, depending on their coordination, play a critical role in either memory reactivation or memory protection during sleep.

“The brain processes the sounds that are played during sleep, and we think they reactivate the memory trace that was associated with the sound during initial learning,” Albouy said. “We were also surprised to see that brain oscillations played the role of gatekeeper, so to speak, to protect memories from potential interference. We observed this pattern when we played the unrelated sounds, and we think this might help memory consolidation.”

Once the participants finished their nap, they attempted the piano tasks once more. Albouy and her team found that the participants who had their memory reactivated during sleep performed better on the pieces. The study concluded that this targeted reactivation reinforced memory consolidation. 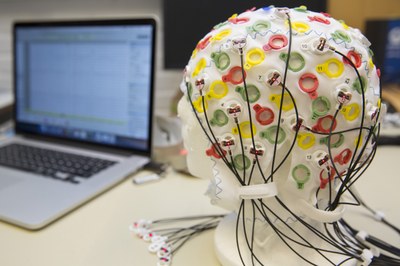 Boosting memory processes has great implication and application value in many fields, Albouy said, and it’s something that can be further studied once the University of Utah College of Health’s new multi-million-dollar HPER Research Facility is completely constructed.

“We are studying motor memories, but this principle also applies to other types of memory, like memories for facts and events,” Albouy said. “We would also like to translate those findings to populations where consolidation processes are not optimal.”

Once the HPER Research Facility is open, it will have state-of-the-art sleep labs so that Albouy and her Utah colleagues can continue their sleep and memory research with cutting-edge brain stimulation and recording techniques. They hope to bring in individuals who are learning impaired due to aging or medical conditions, like patients with Parkinson’s or post-stroke, and use the research to help them improve or recover skills that they’ve lost.

“The beauty of the facility is that it will combine different methodologies and expertise to study specific questions about human movement,” Albouy said. “We will be able to collaborate with faculty studying biomechanics, for example, and characterize motor behavior from the foot to the brain. We are convinced that the facility will foster collaborations in the College of Health and will increase the quality and the impact of our research.”

The study, “Sigma oscillations protect or reinstate motor memory depending on their temporal coordination with slow waves,” was pre-registered in the Open Science Framework (OSF) and was published in June in eLife, a peer-reviewed, open access scientific journal. This work was supported by the European Union’s Horizon 2020 research and innovation program under the Marie Skłodowska-Curie grant agreement and by the Belgian Research Foundation – Flanders (FWO).

Bottom photo – At Albouy’s sleep lab, the team uses EEG to record the brain activity of participants during sleep.