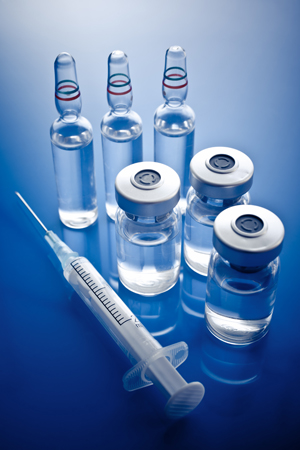 After stumbling upon a national study indicating a steady increase in the number of people who died from opioid-related deaths (of which Utah had the fourth highest percentage of opioid overdoses in the country), Melissa Cheng, MD, assistant professor of Occupational and Environmental Medicine at the Rocky Mountain Center for Occupational and Environmental Medicine at the University of Utah, wanted to know more about what was causing the overdoses.

With the help of Dr. Kurt Hegmann, center director of Rocky Mountain Center for Occupational and Environmental Medicine, Cheng decided to conduct a more in-depth study to discover causes for this rising trend in Utah and assess the possible correlation to work-related injuries. While there have been many national studies on the effects of opioids, Cheng is the first researcher to posthumously cull data on opioid-related deaths.

She began by collaborating with the Utah Department of Health, Medical Examiners and the Utah Labor Commission in 2012. The Utah Department of Health and Medical Examiners had started working together on the Prescription Pain Medication dataset in 2008 to gather lifestyle and psychosocial information on those who died of a drug overdose in 2008-2009. What they discovered was that of the 432 drug-related deaths, 278 people died of an opioid overdose.

“This is startling because it exceeds the 244 motor vehicle fatalities that year. It’s an epidemic,” said Cheng, who is also a clinician at the University of Utah Occupational Medicine Clinic.

Cheng and her team did a background check on each person who died of an opioid overdose, considering religion, other medications and employment status. Results show that 57 percent had at least one prior work-related injury in their life, which made them more likely to be on pain medication. Ironically, they also found that people with work-related injuries were less likely to visit more than one doctor for medication, than those without a prior work injury.

The statistics only got more surprising as Cheng discovered that of the opioid-related deaths, 98 percent of the people were white, and 18.5 percent had less than a high school education. These are more extreme than state statistics, which reported that 90 percent of the Utah population is considered white, while only 6.9 percent drop out before they graduate from high school.

“I was surprised by the psychosocial risks and how strongly they were related to opioid deaths,” Cheng said. “What this shows us is that all of these risk factors must take into consideration before prescribing opioid medication,” Cheng said.

When asked why opioids, specifically, were connected to these deaths, Cheng said, “I don’t think people are aware of how potentially lethal they are,” citing hydrocodone as the most frequently prescribed medication in the U.S. Physicians wrote more than 131 million hydrocodone prescriptions in 2010 alone.

What is clear, Cheng said, is that doctors must be more conscientious about prescribing opioid pain medication, a tactic her clinic has adopted should they need to prescribe opioids. Cheng’s full study can be found in the March 2013 edition of the American Journal of Industrial Medicine.