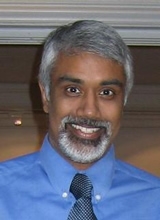 Hospital readmissions are a major contributor to our nation’s health care bill.

In adults, three particular illnesses—myocardial infarction, heart failure, and pneumonia—are particularly problematic, with an estimated 20-25 percent of those patients having to be readmitted to a hospital within 30 days of having been discharged. Reducing those readmissions potentially could save billions of dollars a year, and to help rein in costs, the Patient Protection and Affordable Care Act assesses a financial penalty to hospitals deemed to have excessive readmission rates for those three illnesses. As of Oct. 1, 2012, Medicare payments to those hospitals were reduced 1 percent, and the penalty will increase to a 3 percent reduction by 2015.

The current issue of the Journal of the American Medical Association (JAMA), a new study looks at readmission rates in 72 U.S. pediatric hospitals. Led by Jay G. Berry, MD, of the Harvard Medical School, researchers found that the 30-day readmission rate in the surveyed hospitals was 6.5 percent. While the Affordable Care Act’s clampdown on readmissions does not currently apply to pediatric hospitals, someday it might, and the Berry study raises the question of whether pediatric readmissions can be used as health care quality measure.

Berry and his colleagues showed that pediatric readmissions bear one similarity to those for adults: A relatively small number of conditions, 10, accounted for nearly 27 percent of readmissions among the 72 hospitals surveyed. But readmission rates varied widely among illnesses. Sickle cell disease, for example, had a mean readmission rate of 16.9 percent while that for asthma was 2.6 percent.

Some differences in readmissions might stem from quality of care, but I suspect other factors also influence readmission rates, including whether a child has a medically complex issue that puts her or him at greater risk for hospitalization, access to health care, and the financial resources of a child’s family.

For example, a child with a complex medical issue, such as a neurological condition, might require home care or 24-hour nursing. If a family has the financial wherewithal to provide that extra care, their child might have fewer hospitalizations and readmissions than one whose family lacks the resources to provide additional care. Access to a physician also can influence hospitalizations and readmissions. A child, particularly on with a complex condition, who has regular access to a primary care provider might have fewer readmissions than one who doesn’t regularly see a provider. Even a factor such as aging can affect hospitalization as children grow and become more involved in self-care for chronic conditions such as type 1 diabetes.