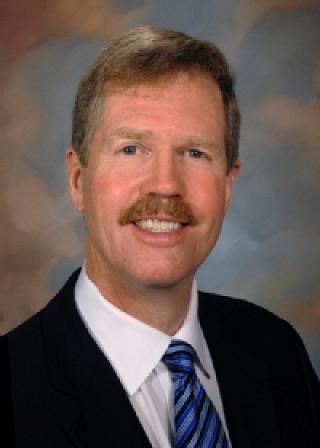 In 1979 Lynn Jorde, PhD, faced the daunting decision of picking a university where he could start his teaching and research career. With several offers on the table his criteria included a cutting-edge genetics program, innovative faculty, and an area population that could support his research.

“That and I really like to ski,” Jorde admitted during a recent interview. “Utah was definitely the most exciting to me because human genetics was really just getting started here and it was clear that with the combination of some of the technologies that were being developed along with the big Utah families – it seemed like an ideal combination and a great place to do genetic research.”

Jorde has since been on the faculty at the University of Utah, School of Medicine, where he currently serves as the H.A. and Edna Benning Presidential Endowed Professor and Chair of the Department of Human Genetics. He was also recently named a fellow of the American Association for the Advancement of Science, the world’s largest scientific society and publisher of the journal Science. In naming Jorde a fellow, the AAAS cited him “For distinguished contributions to the areas of human population genetics, medical genetics, genome sciences and teaching in human genetics.”

Actively involved in studies of human genetic variation, mobile DNA element evolution, and the genetics of common diseases, the genetic research Jorde and his colleagues perform involves the analysis of genetic variation in families and populations. This work has led to the identification of genes that cause human diseases. “Probably the biggest and most promising project that we’re involved with is what we’re calling the Utah Genome Project which has positioned us to make good use of one of Utah’s great natural resources: its families,” he said. “We’re going to be doing DNA sequencing for thousands of people from Utah from large families that have common diseases.”

Researchers at the University of Utah and other institutions have sequenced the entire genome of a Utah family, enabling them to accurately estimate the average rate at which parents pass genetic mutations to their offspring and to identify precise locations where parental chromosomes exchange information to create new combinations of genetic traits in their children.

“The Utah Genome Project started about six months ago so we now have about a half-dozen specific studies that we have funded and are now underway,” Jorde noted. “We’re beginning some of the DNA sequencing and doing some of the analysis. Our hope is that in the next year we’re going to see some exciting new genetic discoveries.”Jorde has extensively published on these and related subjects and is also the lead author of Medical Genetics, a textbook now in its 4th edition.

Outside his lab, Jorde’s passion is being in the mountains with skis strapped to his feet. He doesn’t frequent area resorts though, instead preferring to get his turns in a more conventional manner. “It’s just a personal thing but I find resorts a little too crowded. I like to be in the back country or places that are quieter and a little more solitary,” he said. “I enjoy putting climbing skins on and getting my altitude the old-fashioned way. There’s a little more reward, plus you can get into places where hopefully there’s no one else. There’s nothing quite like having that big stretch of fresh, untouched powder in front of you.”