In his prime, Mr. C was a college basketball player who sprinted up and down the court with ease. Now in his 50s, he weighs more than 400 pounds, has difficulty breathing, high blood pressure, sleep apnea, and atrial fibrillation (AF), an irregular, often rapid heart rate that commonly causes poor blood flow.

He is also Black.

In a perfect world, his race shouldn’t matter. But it does, according to a new analysis by University of Utah Health scientists and colleagues in Arizona and Texas. 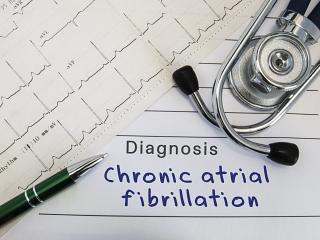 “Mr. C is emblematic of what can occur because of racial and ethnic disparities in health care,” says Jared Bunch, M.D., the corresponding author of the review article and a professor in the Division of Cardiovascular Medicine at U of U Health. “There were no gross failures, as is the case in many of these patients, but there were certainly many missed opportunities to provide better and more consistent treatment for him.”

The review, published in the Journal of Atrial Fibrillation & Electrophysiology, describes racial disparities in the treatment of AF and other cardiovascular conditions and offers recommendations about how to remediate them.

Although some progress has occurred, racial and ethnic disparities continue to permeate health care. The researchers note that Black and Latinx patients are less likely than Whites or Asians to have coronary artery bypass surgery and other heart disease treatments. Black and Latinx patients who have AF are also less likely to have catheter ablation, a procedure that blocks irregular electrical signals and restores a typical heartbeat.

In other research, based on Veterans Affairs hospital data, the age-adjusted prevalence of AF was almost twice as high in Whites than in Blacks, Asians, or Latinx patients. Yet Blacks reported more AF-related symptoms and their impact on quality of life than Whites or Asians. In their review, the researchers say this paradox isn’t fully understood but suggests a communications gap between patients and doctors.

“It’s a two-way street,” says Line Kemeyou, M.D., a co-author of the review and an assistant professor of internal medicine at U of U Health. “There may be a reluctance or mistrust of certain racial or ethnic groups to seek health care. But there is also a failure on the part of health care providers to recognize the risk factors in these groups, possibly leading to less aggressive efforts to diagnosis and treat them.”

To address these disparities, the authors recommend:

Improving community and patient education. Several studies suggest that community outreach improves health outcomes. In one instance, barbers in 52 Black-owned barbershops were trained to recognize symptoms of high blood pressure among their customers. Then, they encouraged at-risk patrons to either meet with pharmacists who prescribed drug treatment in consultation with the individual’s doctor or see a physician and make lifestyle changes. Both groups had lower blood pressure readings at the end of the study.

“The Black community hangs out at the local barbershop,” Kemeyou says. “They just don’t go there for a haircut. It’s a place for socializing and mingling. Empowering barbers to recognize high blood pressure really was a catalyst for delivering health care to that community. It’s a model for how to reach out to people in other communal gathering spots who traditionally don’t rely on health care systems.”

Changing the face of medical care. Of the 101 health care professionals who saw Mr. C, only one was Black. In a study of 1,816 people treated in 32 urban primary care practices, patients gave higher approval rating to physicians of their same race.

“Patients want to be treated by someone who looks like them,” Bunch says. “They want to be in hospitals where they see some people who look like themselves. That’s why it is critical that we do a better job of promoting diversity in medical schools and in specialties like cardiology.”

Adding color to clinical trials. Women and minorities are rarely found in most electrophysiology and atrial fibrillation trials. For instance, participants in one study cited in the review were 92% white and 3.5% Black; 4.5% were characterized as other. About 40% were women.

“There are no single solutions that will improve racial and ethnic disparities in the diagnosis and treatment of atrial fibrillation and other heart rhythm disorders,” Kemeyou says. “It’s going to take a collective effort on the part of the affected communities and the medical profession. But it can be done.”

In addition to Drs. Bunch and Kemeyou, researchers at the University Medical Center Heart Institute, Banner University Medical Center, Phoenix, Arizona; and Texas Cardiac Arrhythmia, Dallas, contributed to this review article. The article, “Solutions to Tackle Racial and Ethnic Disparities in Electrophysiology and the Management of Atrial Fibrillation,” was published the  Journal of Atrial Fibrillation & Electrophysiology,