A suite of cutting-edge software tools developed in-house by the USTAR Center for Genetic Discovery is helping researchers analyze genome sequences to pinpoint the genetic causes of a broad range of inherited disorders, from heart conditions to rare diseases. Among them are VAAST and Phevor, benchmark tools that have identified the genetics behind dozens of health conditions.

One of the first of their kind, these tools were developed by Mark Yandell, PhD, professor of Human Genetics at 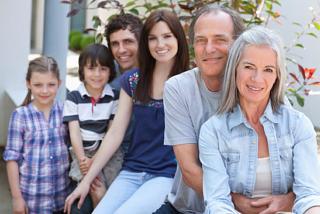 University of Utah Health and co-director of the USTAR Center for Genetic Discovery. He has spent the better part of almost two decades developing new technologies to mine the genome to diagnose genetic disease.

VAAST (Variant Annotation, Analysis and Search Tool), uses probability to identify damaged genes and their disease-causing variants to explain the burden of disease. VAAST is best recognized for discovering a genetic variation that leads to Ogden syndrome, one of the first disease genes found through genome sequencing. Now, the software is in use at over 300 sites throughout the world.

Another algorithm, PHEVOR, is used in conjunction with VAAST to identify disease-causing genes within just a single patient or in a small family of two or three, the most common clinical situation for undiagnosed and rare diseases. PHEVOR uses the known properties of genes to reprioritize candidate lists generated by VAAST, pVAAST, or any other tool that gives a list of candidates with p-value. PHEVOR works by incorporating into the analysis the wealth of information available through the biomedical literature.