Lisa Cannon-Albright, PhD, a professor of Internal Medicine at the University of Utah Health, is mining the Utah Population Database (UPDB) to find gene variants that protects against Alzheimer’s disease.

In addition to age, a gene variant, called APOE4, increases the risk for Alzheimer’s disease. However, a small percentage of people who have the APOE4 variant appear untouched by the effects of this devastating disease. Using UPDB Cannon-Albright’s team has found two genes that may protect people from the effects of APOE4. 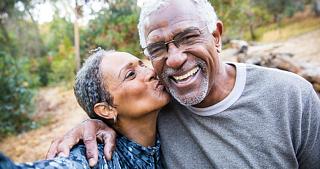 By comparing DNA from two groups of people — those that had the APOE4 variant but showed no signs of cognitive decline and those diagnosed with dementia — they identified variants in the RAB10 and SAR1A genes that were shared by most unimpaired people in the study.

Mouse studies revealed that RAB10 and SAR1A affected APP, a gene involved in the production of amyloid proteins that accumulate and contribute to Alzheimer’s disease. The data is ready for translation into new methods for prevention and treatment.