A long-running study of familial colon cancer has led to new approaches for treating small bowel cancer, the leading cause of death in patients with familial adenomatous polyposis (FAP). FAP is an inherited disorder that occurs in 1 out of 10,000 people that is caused by a mutation in the APC (adenomatous polyposis coli) gene. Patients with the mutation have a near 100 percent lifetime risk for colon cancer.

Researchers identified the APC mutation by mining the Utah Population Database, the world’s largest resource of medical, population, and genealogical data. They found that a mutation in this gene snaked through one Utah family’s genealogical tree, bringing colon cancer not only to family they knew but also to distant relatives throughout the country and the world. 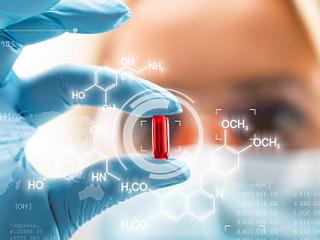 Thanks to a Utah family that helped identify the causative mutation, and to other FAP patients, researchers have identified the first preventative treatment for small bowel cancers in these patients. Studies in animal models had revealed the molecular pathways through which the APC disease gene drives cancer. These results informed the combinatorial therapy tested in a clinical trial. The two-drug combination reduced the number and size of precancerous polyps in the small intestine by 70 percent.

The discovery is a significant milestone for patients who need it most. Now, follow-up studies are refining treatment and investigating long-term outcomes.