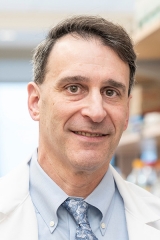 Douglas Grossman, MD, PhD, is an investigator in Huntsman Cancer Institute's (HCI) Melanoma Program and a Professor in the Department of Dermatology at the University of Utah School of Medicine. He is Co-Leader of the Melanoma center at HCI. He sees patients at risk for melanoma and non-melanoma skin cancer, with a special interest in patients ... Read More

Tong received a medical degree from Capital University of Medical Sciences in Beijing and was formerly an endocrinologist in China. She obtained a MS degree in Oncological Sciences from the University of Utah. She was recruited to the lab as a Senior Lab Specialist in October 2001. Tong's work focuses primarily on dysregulation of apoptosis in melanoma cells.

Hafeez Rahman joined the lab as a postdoctoral fellow in 2016. He received his MD from the James Cook School of Medicine, and most recently worked in patient testing and research for Associated Regional and University Pathologists (ARUP). He has performed medical missions overseas.

Noah Jenkins (2007-2012)
Noah worked for several years as a laboratory technician before joining our laboratory as a graduate student through the Molecular Biology Program in May 2007. His project involves characterization of melanocyte responses to ROS and the role of p16. His email is noah.jenkins@hci.utah.edu.

Jodi McKenzie (2007-2013)
Jodi grew up in Jamaica and entered our laboratory as a graduate student through the Molecular Biology Program in May 2007. Her project involves characterization of novel Survivin-binding partners in melanoma. Her email is jodi.mckenzie@hci.utah.edu.

George Samadashwily (2006-2009)
George received his MD and PhD degrees from the University of Chicago, and completed two years of medicine residency before joining the lab as a postdoctoral fellow in July 2006. His work involves elucidation of molecular interactions between proteins that regulate apoptosis in melanocytic cells. He will begin dermatology residency at the University of Utah in 2009. His email is george.samadashwily@hci.utah.edu.

Kyle Robinette (2006-2008)
Kyle is an undergraduate at the University of Utah. He worked in the lab part-time, preparing epidermal cells for the lab and assisting with other studies. He left to attend medical school. His email is kyle.robinette@hci.utah.edu.

Deepak Raj (2004-2007)
Deepak received medical training in India and was a practicing physician there before coming to the U.S. He entered our laboratory as a graduate student through the Molecular Biology Program. He studied transcriptional control of the survivin gene in melanocytes and melanoma cells. Following postdoctoral training at Brown, he is currently working in London and can be reached by email: deepakr_jh@hotmail.com.

Murray Cotter (2006-2007)
Murray received his MD and PhD from the University of Michigan, and entered the laboratory following his second year of dermatology residency at the University of Utah. He was a recipient of the HCI Cancer Training Grant Award. His work dealt with the role of oxidative stress in melanoma development. He completed fellowship training in Mohs surgery, and can be reached by email: murray.cotter@gmail.com.

Terry Tandeski (2004-2006)
Terry received a PhD in reproductive physiology from Colorado State University, and prior to joining the lab as a Senior Lab Specialist had been working on gene therapy in the skin. His work involved developing lentiviral vectors for gene transduction and proteomics, as well as assisting in other lab projects. He has taken advantage of other opportunities at the University of Utah.

Hui Yan (2002-2005)
Hui received medical training in China and was an infectious disease specialist in Hengyang. He then completed a PhD at Zhejiang Medical University in Hangzhou on vaccinia virus. Hui joined the lab as a postdoctoral fellow. His projects involved developing apoptosis-based therapies for use in animal models of melanoma, and preparing mutant Livin constructs. He returned to China for a faculty position and can be contacted at yanh98@hotmail.com.

Brook Brouha (2002-2003)
After completing his PhD, Brook took a year off from medical school at the University of Pennsylvania to work in our lab. He contributed to multiple projects, with a focus on characterization of proteolytic events in melanoma cells undergoing apoptosis. He went on to complete dermatology residency and a dermatopathology fellowship. He can be contacted at bbrouha@gmail.com.

Adrianne Hanks (2001-2003)
Adrianne was a Lab Technician who contributed to multiple projects and performed many of the immunohistochemical assays and mouse carcinogenesis experiments. She is currently traveling abroad and plans to pursue either medical or graduate school. She can be contacted at hanksan2000@yahoo.com.

Anneli Bowen (2001-2002)
Anneli completed a fellowship year in the lab following her dermatology residency. Her work involved characterizing the expression of apoptotic regulators in melanocytes, keratinocytes and a variety of cutaneous neoplasms. She is currently on the Dermatology faculty at the University of Utah and after completing a dermatopathology fellowship. She can be contacted at abow@derm.med.utah.edu.

Sarah Allen (2001)
Sarah worked part-time in the lab on multiple projects, and assisted with tissue culture and mouse carcinogenesis experiments. She is currently a graduate student at the University of Hawaii. She can be contacted at xiaoqing400@yahoo.com.

Miyoung Diedrich (2001-2002)
Miyoung was the first person to join the lab, in January 2001. She was a Lab Specialist who helped set up the lab and establish many of our melanocyte procedures and apoptosis assays. She has moved out of state but can be contacted at jeongmiyoung@yahoo.com.

Rotation students in the lab